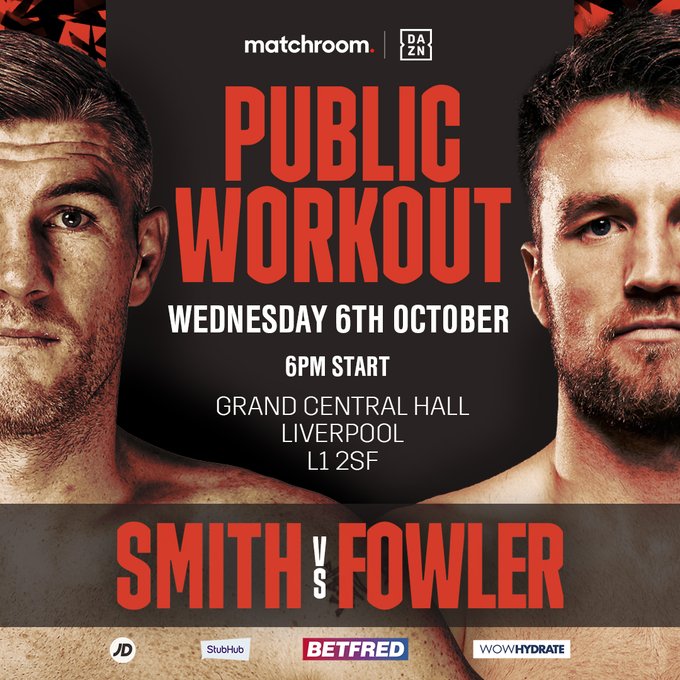 It’s set to be a hard-hitting night on Merseyside when Liam Smith (29-3-1) takes on Anthony Fowler (15-1) in the ‘Battle of Liverpool’ which sees the north and south side of the city go head-to-head.

Fowler’s latest outing was at this year’s Fight Camp where he produced an eighth-round stoppage win against Germany’s Rico Mueller to set-up this clash with Smith.

However, while a win for Fowler might kickstart his road towards a world title shot, a loss for Smith could spell the end of his aspirations at the top of the game.

Whoever is victorious will have re-ignited their career, but will also give their respective side of the city the all-important bragging rights.

The public workout took place, today – WEDNESDAY 6TH OCTOBER, at the chameleon of a venue that is the Grand Central Hall on Renshaw Street in Liverpool City Centre. Hayley Smitton from the Grand Central said “ We are known for holding some great events here in Liverpool and for boxing events. From weigh- ins to public workouts. The atmosphere here today was electric and there is clearly no love lost between these two Liverpool middleweights.”