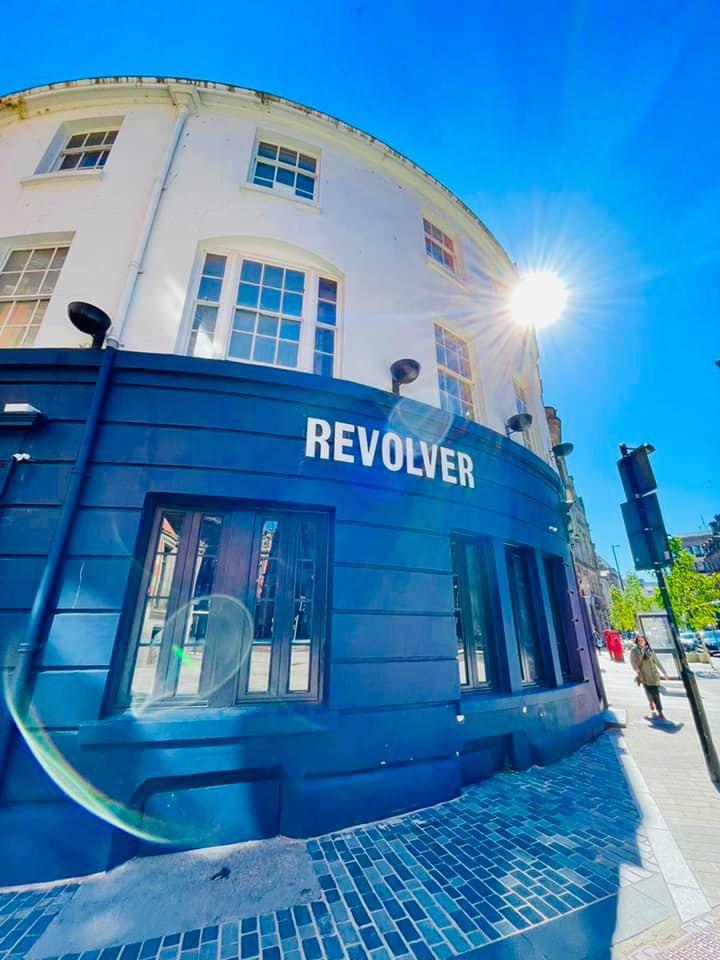 Revolver opened this week on Temple Court in the city’s Cavern Quarter. The site which wraps around the corner from Victoria Street onto Temple Court on the gateway into the city’s party area was formerly Revolution for over 21 years and closed last year, 2020. The site has now been brought back to life by city independent operator – Pub Invest Group.

As Step 3 of the government’s roadmap passed on Monday, which included the opening of indoor hospitality on May 17th, the new site will be open both indoors and outdoors from Monday to Sunday.

The new venue is named Revolver after the seventh studio album by the Beatles. Revolver  was released on 5 August 1966, accompanied by the double A side single “Eleanor Rigby / Yellow Submarine”. The album was the Beatles’ final recording project before their retirement as live performers.  It has since become regarded as one of the greatest and most innovative albums in the history of popular music, with recognition centred on its range of musical styles, diverse sounds, and lyrical content.

Fitting with the Cavern Quarter and the strong Beatles theme that runs from other Pub Invest Group sites such as Sgt Peppers and the Rubber Soul Complex,  Revolver has been decorated with iconic Beatles images from the mid 60s period.

The General Manager of Revolver Oliver Wilson said “ We have worked right through to get this site ready as many new jobs, both part time and full time have relied on us opening on time this week. I think customers will enjoy the laid back feel of the bar with several Beatles touches which take from the venue’s name Revolver. We will also next month, all going to plan with step 4 of the government roadmap, be opening the upstairs club room too. We look forward to welcoming customers as things slowly get back to some kind of normal.”

The venue will be open from midday until 3am daily.