Regeneration of Liverpool 4 – No 9 Bar & Kitchen in the heart of the community team up with local chemists and launch monthly L4 business club !

HomePress ReleasesRegeneration of Liverpool 4 – No 9 Bar & Kitchen in the heart of the community team up with local chemists and launch monthly L4 business club ! 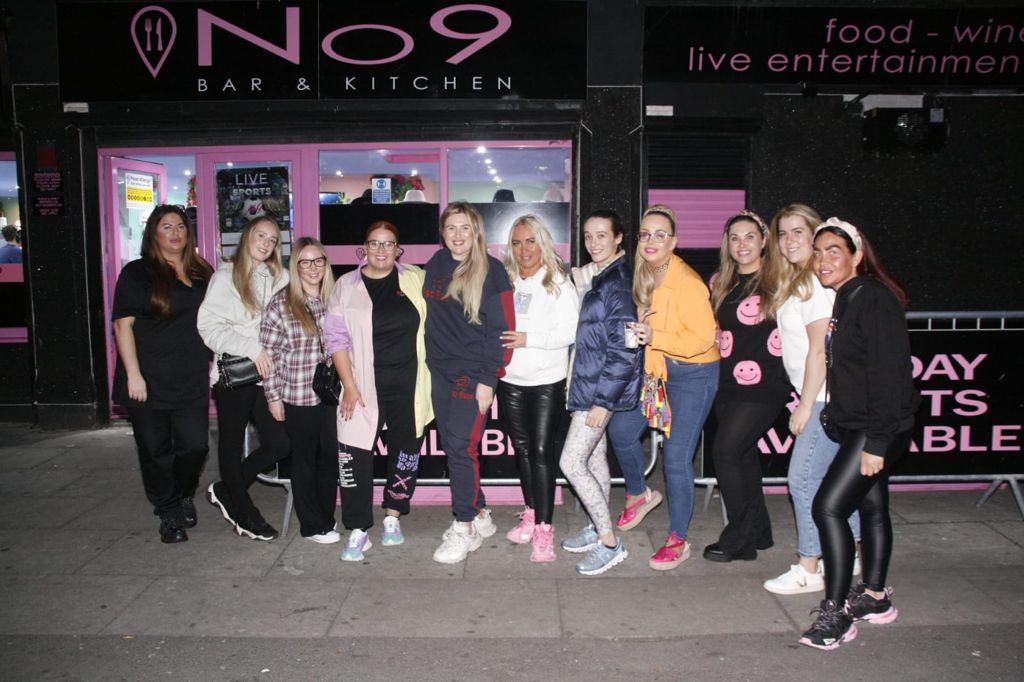 No.9 Bar and Kitchen, based in Cherry Lane, are really getting into the heart of the L4 community. The site is embracing customers of all ages and several meetings have taken place between the owners of No9 and the council in a bid to regenerate both Cherry Lane and Cherry Avenue. Items such as improved lighting and improving the look of both roads aesthetically are all on the cards. Two of the first initiatives will see No 9 team up with well known local chemist Cohens as well as become a hub for local small businesses.

This  joint venture initiative with Cohens Chemist is set to roll out from October as the venue and Cohens Chemist set up a flu jab hub. No9 are opening their doors to the local pharmacy based on Townsend Lane, who have reached out to No9  to ask if they can use one of the function rooms to set up a flu jab hub for the local community. This is due to a lot of customers of Cohens not being able to walk far enough to the chemist from home.

Gemma Bresnahan, co-owner of No. 9 Bar and Kitchen, “Working alongside local businesses is something we embrace. L4 has been left, until recently, in need of a lot of regeneration. We all see the great strides Liverpool FC are taking with the re-development of the ground. L4 is one of the most neglected areas of Liverpool and we want to change that as much as we can. So initiatives like teaming up with Cohens to offer some of the more at risk members of the community easier access to flu jabs this Autumn really is a no brainer.”

Gemma continues “We have been through an 18 month period like no other with a pandemic which affected all of us. To help small businesses in the local community we have also now developed a successful pop up monthly event which is a great networking event with vital support and exposure for the local small businesses community. We plan to continue these events with the biggest event taking place over Christmas. Just some of the local businesses getting involved include Little Miss Boutique, Glamour Dollz Aesthetics, Cake my day, Make up by Charlotte Bates Salon, Boohoo beach bums, Nova and Roma, Heaven to Resin, Bakes by Kirsty and Blu-up. ”

L4 is often the first impression football visitors get of the city of Liverpool coming from all over the world to visit Liverpool Football Club and continuing in their investment in the area the owners have also just entered into the planning stages for a roof extension on their site above the current floor. Support for this has been strong amongst local councillors and residents alike.

Any businesses interested in future networking events for L4 based business and the surrounding area please find further information at instagram/no9_bar_and_kitchen .