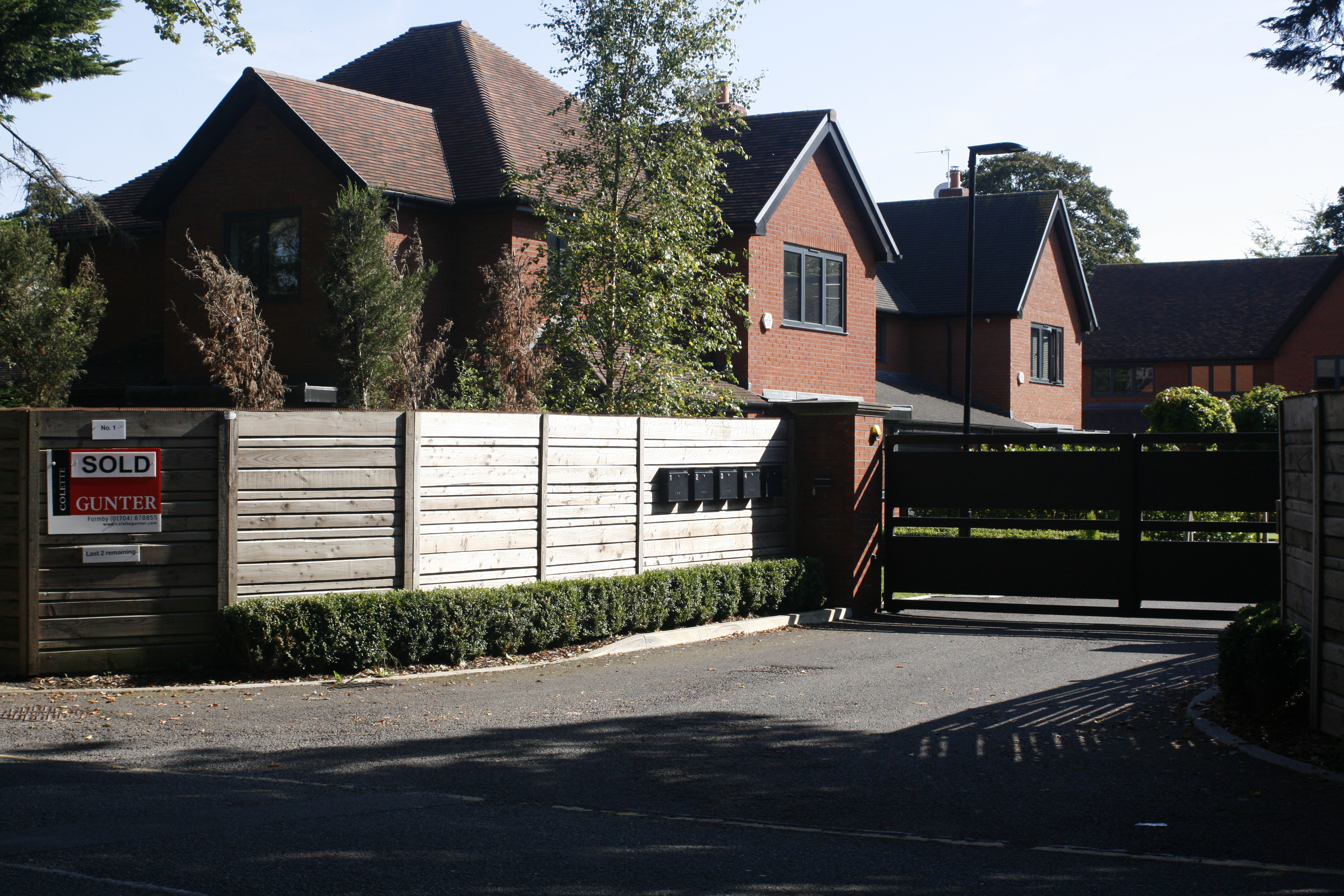 Liverpool-based Ascot Group is pleased to announce that, in collaboration with local  AS Properties, they have been able to purchase and finish the building completion of  the Pinewood’s Development, situated in the sought-after location of Victoria Road in  Formby, Merseyside. Ascot Group, which was founded in the city in 1988 by local  businessman Terry Riley, has been busy working to acquire the part-completed  development in a £9 million scheme which has enabled them to turn around this  premier site whilst maintaining each company’s benchmark of premium quality  building and finishing, which sits well within the road known as ‘Merseyside  Millionaires’ Row.’

The Pinewoods Development itself consists of an exclusive, gated community  featuring nine new build detached homes and one entirely refurbished property. Set  in an area surrounded by Formby’s most luxurious mansions, many of which are  valued at over £1 million, with one selling at over £3 million in 2020, it has been  home to leading football managers, Premier League and leading sporting stars,  property tycoons and noted celebrity names, including Jurgen Klopp, Brendan  Rogers, Duncan Fergsuon and both the Rooneys and the Gerrards. Close to the  nearby, beautiful Natural Trust nature reserve, Formby Golf Club and with exclusive  Merchant Taylors School adjacent to the area, Pinewood finds itself in a coveted  location, complete with exclusive facilities, retailers and restaurants.

A spokesperson of Ascot Group told us: ‘When we spotted Pinewood and noticed it  was unfinished we grasped the opportunity, and also felt a sense of responsibility in  an area where we regularly work to complete the project and give buyers the chance  to purchase one of these luxurious homes. Ascot Group has been buying businesses  & developments directly from banks and administrators for over thirty years, and  especially after lockdown, we felt it was vital to step in and ensure that this site was  finished to its full potential.

In this instance, we were pleased to work alongside Andy & the team at AS  Properties in this joint venture, as it was really important to get the houses completed  to our equally exacting standards. As a result of our joint efforts, and due to demand  in this highly desirable area, we have sold out the whole development within a week.  This is a tremendous result for everyone involved.’

Ascot Group is continuing to grow its property portfolio across the region, ranging  from social housing projects right through to high-end, luxury developments, so that  every demographic and client base is catered for, and hope to work with AS  Properties again in the future, extending its investments in the city and the Sefton area, as well as nationwide key area areas including Leeds, Birmingham,  Manchester, London and all major cities.