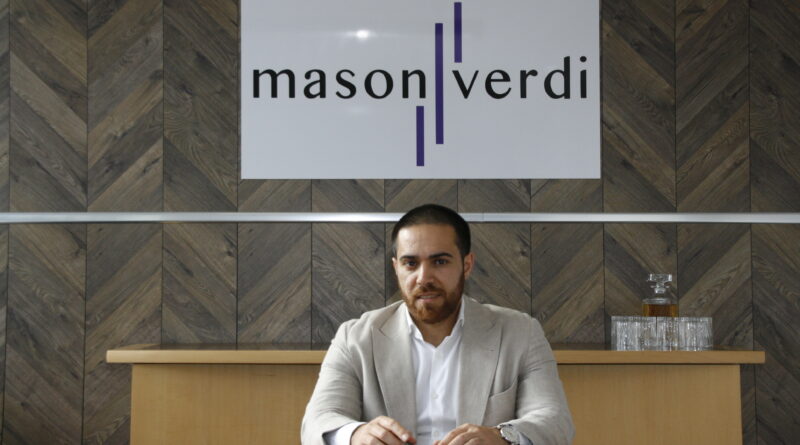 The past year has not been good for the proud city of Liverpool. The spotlight is on several key figures, with the Mayor Joe Anderson being probably the main stand out person who has been implicated in arrests and business scandals. Time will tell how this plays out but headlines such as this, which made international press, do not help those involved in bringing much needed investment into the city. So, has this hurt the property investment market in Liverpool of late? Added to that an international pandemic of which no one could have foreseen!

Liverpool city centre-based property development and investment company Mason Verdi has built a sterling reputation in the region by not only concentrating on their own first-rate sites, but also by collaborating with leading developers in the region. Pushing forwards with sales and joint venture projects whilst harnessing the responsibility at every stage of development, from initial designs and site procurement through to the finished buildings, right down to every detail.

The Castle Street agency are now proud to announce hitting the £8million mark in off plan property sales over the past 12 months. After Brexit, Covid and Liverpool’s well documented internal council problems this is an achievement Khashi, and all the team are proud of.

MD of Mason Verdi, Khashi Shaverdi says “Since covid hit our shores in March 2020 it has been tough for all businesses. Especially so for ours as international travel has been off the cards for most of the time since the pandemic began. We have luckily, built up a strong relationship with investors from the likes of the Middle East and Far East as well as closer to home in places such as London and Scotland. So, although construction has largely continued, with some problems along the way with material supply delays, it has made the way we work evolve. We would normally be meeting a lot of investors at the airport or Lime Street and showing them around sites. It has now largely been done online, via 360 walk-arounds and over the phone.”

Khashi continues “Due to our close relationships we have been able to recently for example sell out phase 1 of the Gibson Park Development, formerly known as Andrew Gibson House, on the Wirral Waters. This site has fantastic views of the Liverpool vista. Other sites in the city centre of Liverpool on Castle Street and Stanley Street have also sold out in full across the past 12 months.”

Khashi continues ” From our perspective the property investment market.

is as strong as ever. With the current situation, Brexit now passed and the amount of stimulus packages, all avid investors know that there is going to be inflation in the market soon. When there is inflation, one of the main thing’s investors will invest in is hard assets like property or physical precious metals. Then when you add to

that the lack of supply currently in our region over the last 12 months, and the increase in demand which has always been there year on year, this only results in a boom in the property market. We have all seen how prices have increased and average house prices in Liverpool have risen by 16.7% since March 2020. * At the same time average London house prices have risen by 3.7% in the same period, so we have risen 5 times more here in Liverpool.

In the current climate, Mason Verdi feel it is also the precise time for would-be investors to seriously consider putting their hard-earned funds into unique, high-end apartments and sites that are proving their worth in the market in terms of rent appeal.

Next up for Mason Verdi and their sales arm is phase 2 of Gibson Park, which is called Mariners View with 5 units already sold, as well as the redevelopment of the old British Home Stores on Lord Street in Southport.