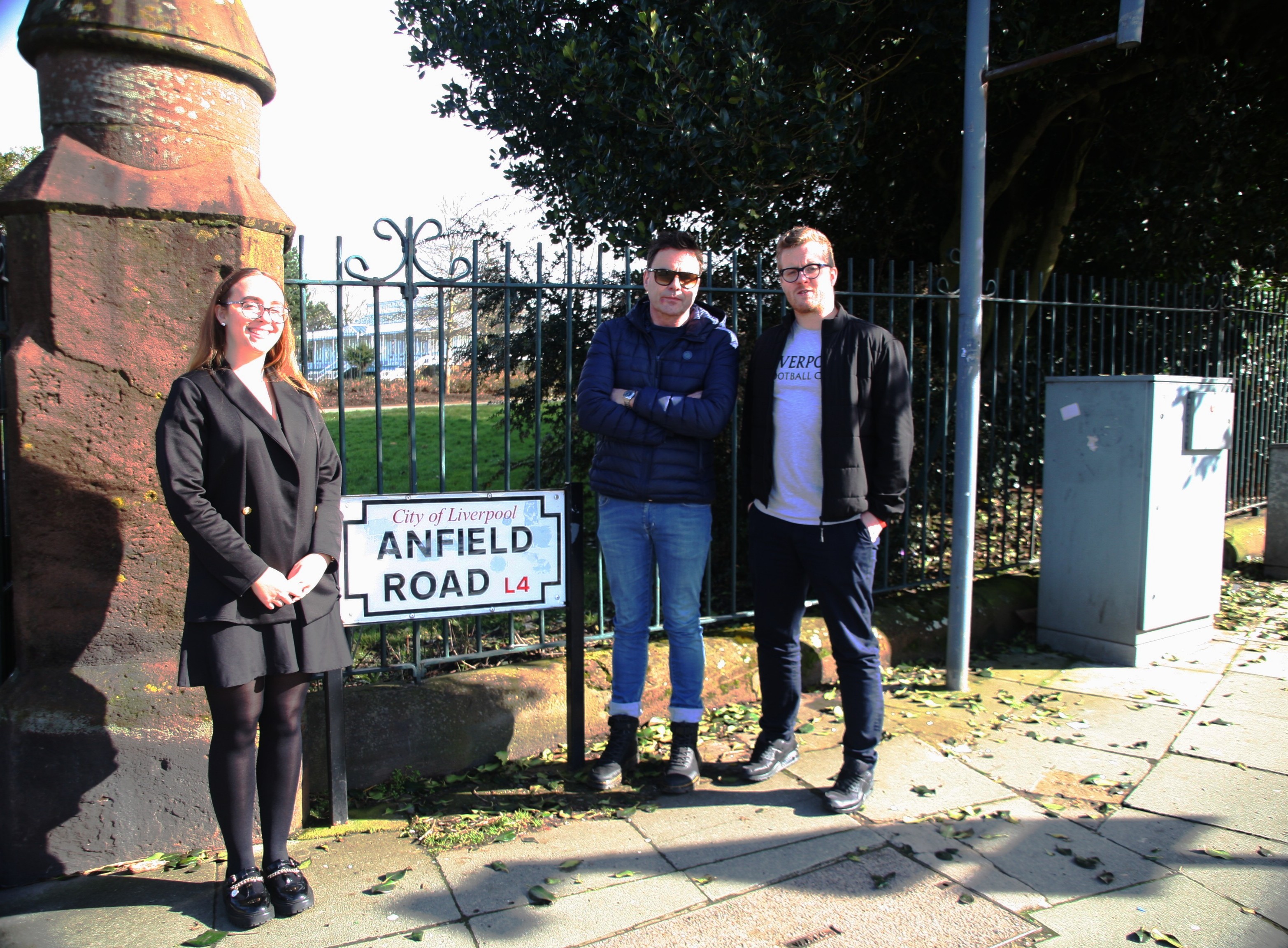 As an adopted Scouser, Peter Schreiwersmann, co-owner of the hugely popular Hotel Anfield, based at 23 Anfield Road, has recently launched the Anfield Road Traders Association, working with businesses and other local stakeholders within the community in order to make the famous Anfield Road, in Peter’s own words, ‘the very best that it can be.’

Peter’s own experiences of his now beloved home have enabled him to have a slightly different perspective of the area in general. A well-seasoned traveller, he has always been hugely impressed with Liverpool’s people and with the city as a welcoming tourist region, and of course has noted that so many people come here to see footballing and Beatles- related landmarks. As he himself knew when he first arrived in the city, two street names stood out in Peter’s mind before he even set foot here- those at Penny Lane and Anfield Road.

His own main business, Hotel Anfield, which is located so close to Liverpool Football Club’s legendary ground, is very much at the heart of the community. Known for hosting local events, showing sporting occasions and also welcoming guests from all over the world, the team there have come to truly appreciate feedback on every level from their clients. The hotel itself is proving to be an increasingly popular base for tourists as well as locals, and Peter has become hugely passionate about making the whole Anfield Road area a place that the local community, as well as visitors can really enjoy, feel comfortable in, appreciate and talk about on their social media. He also feels it is key to build on amenities, so that visitors have even more options when it comes to places to eat, drink, relax, and engage with meaningful, dedicated tourist spaces and memorabilia.

Peter Schriewersmann representative of the Anfield Road Traders Association explains, ‘I have a huge love for the city of Liverpool, and know that people come here for so many reasons – for its culture, music, sport, natural beauty, festivals and last, but by no means least, it’s amazing people.

I obviously talk to our guests a lot, and they are excited, enthusiastic, often multi-cultural and connected individuals and groups, who are eager to share their experiences with the rest of the world. It goes without saying that in 2022, social media plays a huge part in that. Many of the tourists in the area are here for very special occasions, and taking a ‘selfie’ or making a short film next to their favourite landmarks, and street signs, is a huge part of that journey.

As someone involved in the SME business arena, their support, feedback and promotion is hugely useful to us.

However, as a business community in the Anfield Road area, we are aware that the consequences of periods of austerity and cuts in public spending have meant a real dip in how some public spaces are presented. The community as a whole has felt that under-investment, reduced employment opportunities and a general sense of lack of morale mean it is not just the street signs that need uplifting.

As a group we are not here to finger point, but are present and ready to take positive action, working with local stakeholders. While the lockdown situations have compounded the problem, many useful community groups have sprung up, and I do believe the local authority is taking notice and learning how to make best use of the efforts of groups like our newly-formed one, with a view to cooperating with us effectively, and embracing each other for the benefit of everyone in the city, in the interests of Liverpool and seeing the bigger picture.

For visitors to Anfield Road, it is an area in need of some love, and both sustained upkeep and maintenance. It has such an amazing history, in sporting terms and with local destinations like the beautiful Stanley Park right there. At the moment, it does not live up to its potential. Even the Anfield Road street sign itself, which is such an vital landmark that tourists want to be photographed next to, has felt unloved and uncared for.

As a business community we have decided that a partnership working towards common goals is the only way forward: even starting with the road sign – this is seen by millions of people via social media every year. It is time that it was made into a feature which displays real civic pride, which is why, as a group, it was one of the first items on our agenda.

I am so proud that other businesses in the area have agreed to becoming involved – The Isla Gladstone Conservatory, Abbey Lawn Care Home, Hotel TIA, 88 Anfield Road and Hotel Epstein and Taggy’s Bar have all become a part of this new Traders Association, and we are really determined in terms of our vision. We also hope more businesses join us, and we also believe that as well as providing a boost to local residents, Anfield Road is also a key attraction in Liverpool, which is a city that has a renowned place on the global stage.

The timing now feels perfect for us as a Traders Association – with a strategic redevelopment of Anfield Road in full swing, post-Covid measures available, Liverpool Football Club’s extension of the Anfield Road stand, as well as  financial and cultural investment programmes, with the economy opening up and people embracing a new spirit of freedom, and a sense of a refreshed political scene in Liverpool, we really want to work together to make Anfield Road a true asset to the city.’

The Association has a proposal with twelve specific action points (some which require investment and some do not) has been submitted to Liverpool City Council and Marketing Liverpool. The proposal has also been discussed with the Local Ward Councillor and other interested stakeholders. An initial tidy-up of hotspots, including street signs, is already in action and regular update meetings including all relevant stakeholders are being scheduled.

The group also has approval for positively emotive lamp post banners, featuring a variety of community-based designs, which will be installed in March. Two facades directly on Anfield Road will be updated with Liverpool FC-inspired and led murals: one will be devoted to players voted for by supporters themselves ( created by John Culshaw ) , and the other will be a mural of the world-famous Kop, designed by LFC’s Spion Kop 1906 group ( created by Paul Curtis )..

Peter and everybody involved with the Anfield Road Traders Association have a solid sense of determination, and want their area to become a physical and visually appealing destination, where the local community and visitors can really drink in the atmosphere, both sporting and cultural, so that those selfies and social media posts which are seen all over the world will display Anfield Road, and the city, in its very finest light.