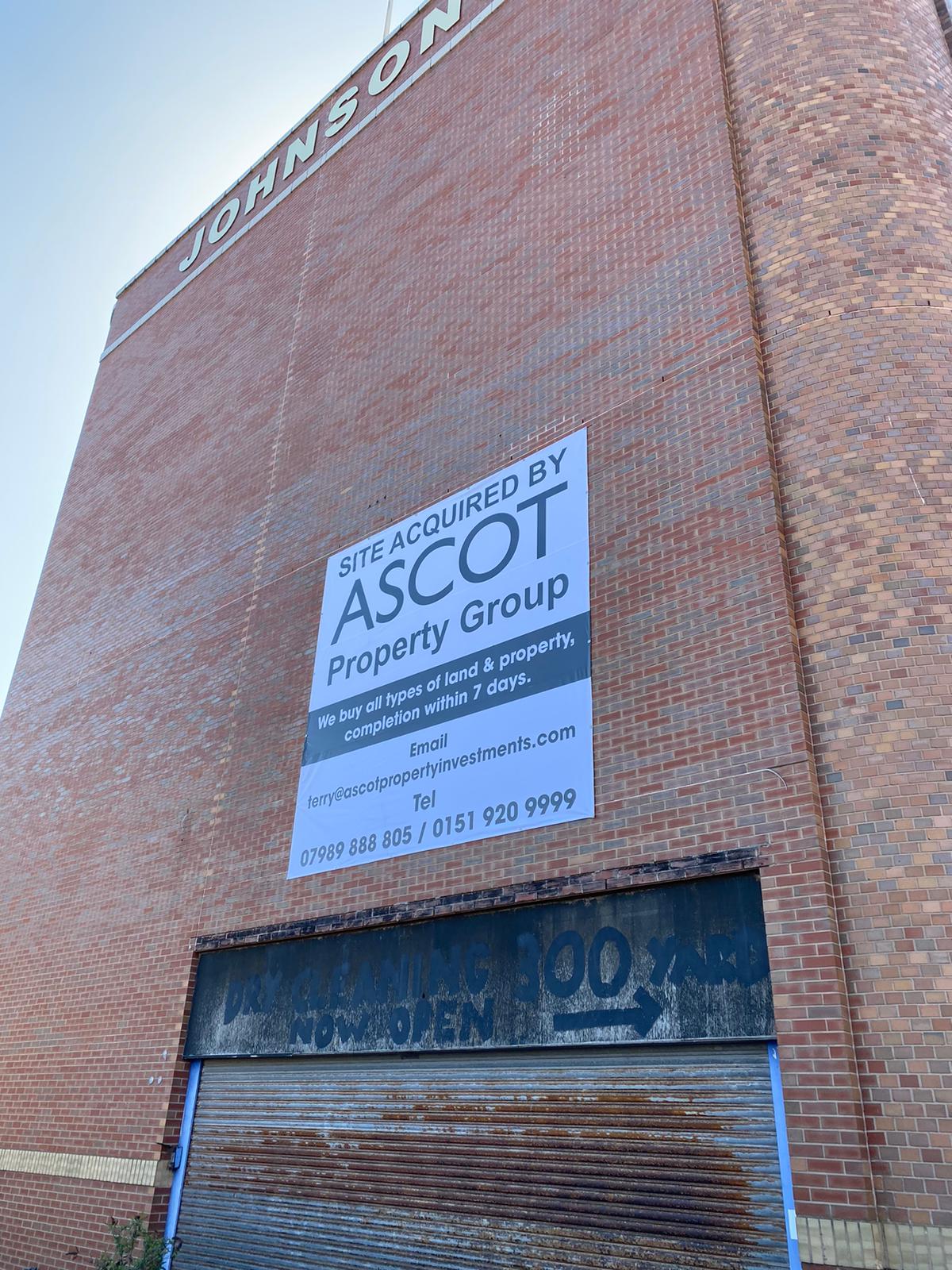 Liverpool-based Ascot Group, which was established in the city in 1988 and is headed up by local businessman Terry Riley are happy to announce it has exchanged contracts for the sale of an impressive five-acre residential development site in North Liverpool. The multi-million-pound deal with Sefton-based Sovini Group includes the noted former European headquarters of Johnson’s The Cleaners on Stanley Road.

Ascot Group first purchased this key piece of land in 2017, as part of the company’s local and national strategies to promote housing and business developments at every level. In this instance, Ascot Group is keen to support Sovini’s plans to create this affordable homes development. This site’s proposed plans will include 38 one-bedroom apartments, 26 of them affordable rent-to-buy, and 39 two-bedroom apartments, 19 of which will be affordable rent, and 20 rent-to-buy. Finally, the development will include 28 two-bedroom and 18 three-bedroom houses.

At the time of Ascot Group’s original purchase of the land, the UK Housing Review Briefing Paper argued that not only increasing the supply of housing was of critical importance, so was “the rather more neglected issue of affordability, in both the private and social housing sectors.” Last year’s government Planning White Paper, in its full market analysis, also stresses the importance of encouraging small and medium sized building firms into property markets which can be dominated by a small number of large companies.

A spokesperson for Ascot Group explains: ‘We have a proud heritage of being involved in developments which support social housing and infrastructure for over three decades. We proudly promote the work being done by the Sovini Group in this key zone in North Liverpool, which has been in acute need of investment and support. Through our work of acquiring the site, and now Sovini’s in developing it, we know from our wealth of experience that providing affordable, high quality housing, via companies who are based locally and know the needs of the area, lifts a community at every level, leading to a ripple effect of social benefits, which attract retailers, leisure facilities and all of the follow-on employment opportunities involved. We look forward to seeing this Stanley Road development’s contribution to the regeneration of the Bootle district, and we know that Sovini Group will do an outstanding job in terms of innovative design, build quality, accommodation choice and overall affordability.’

As Ascot Group continues its expansion across the UK looking for further key developments in Leeds, Birmingham, Manchester and London and all major cities across the nation, it remains keen to retain and extend its investments in the city of Liverpool and the Sefton area.