Local girls team showed Liverpool FC how it is done ! 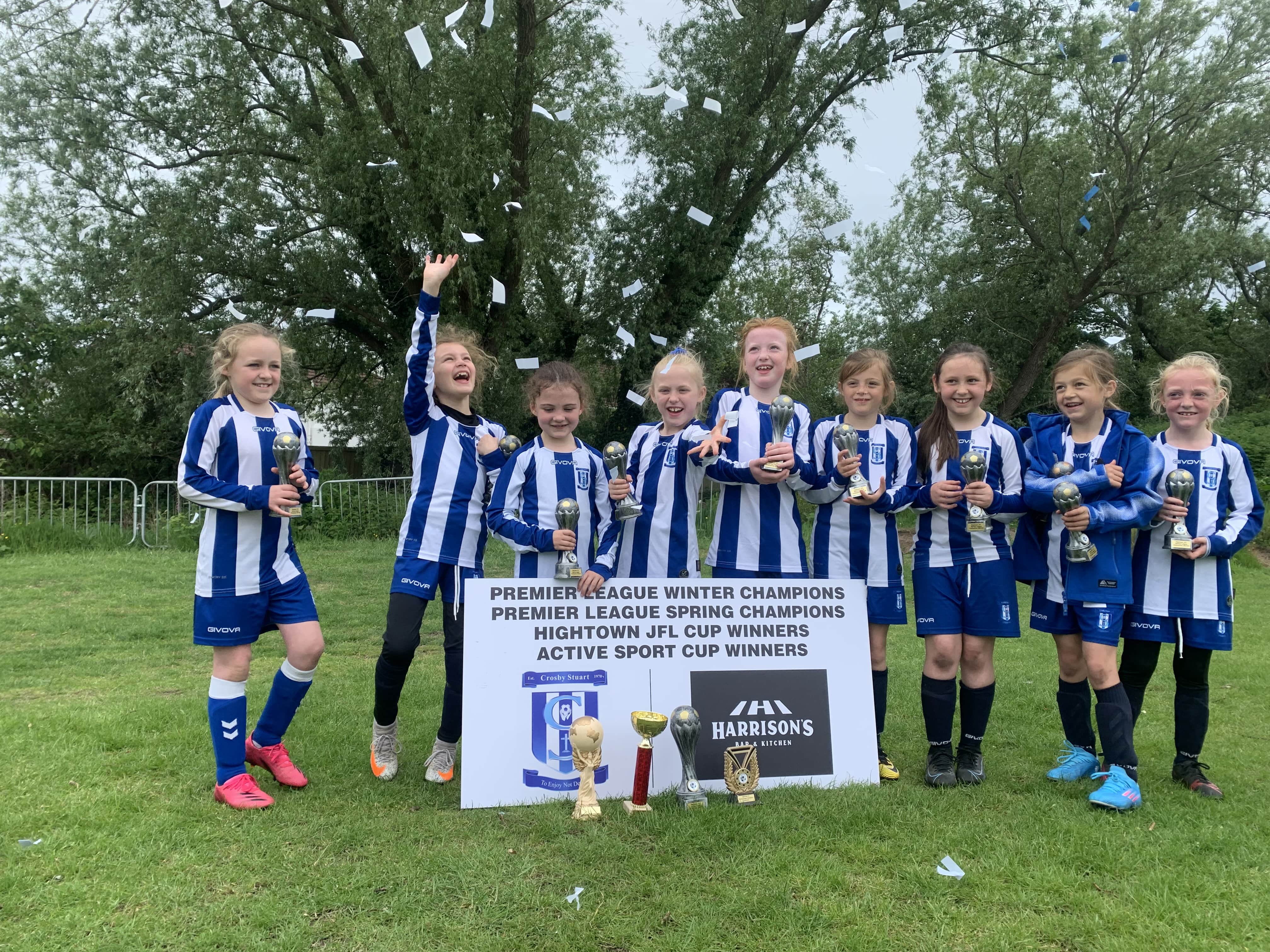 Local U/8s girls team Crosby Stuart have shown Liverpool Football Club how it is done, by winning the quadruple this season. LFC missed out last Sunday on the Premiership title as Manchester City pulled back three goals in 5 second half minutes to pick up their 4th Premiership title in 5 years. Crosby Stuart went full pelt and won the lot.

A charter standard club which was set up in the 1970’s Crosby Stuart have teams for both girls and boys from age 7 upto 15.

Sponsors Harrison’s Bar & Kitchen, who are based in the heart of Liverpool business district are proud to support the team and Nicola Leppert the BDM of Harrisons said  “Grass roots football plays a vital role in local communities by bringing people together as well as keeping kids healthy, that’s why we’re proud to support this amazing team. 1 of 4 local teams that we sponsor.”

For further information about Harrison’s Bar & Kitchen and Crosby Stuart F.C. reference their website and socials at: